3/1/22:  Registration for the 2022-2023 school year is OPEN!  Next year's Forms and Tuition Rates are located under the Registration Tab.  Please call with questions or to schedule a tour!

2/18/22:  We are aware that the Virginia General Assembly has recently passed a bill that permits parents to elect for their child to not wear a mask while on school property.  However, as a child day center that is not attached to the public school system, we are not subject to this Executive Order.  ELC will continue to require masking for students and staff, while indoors, until further notice.

50 YEARS AND 3 GENERATIONS OF LEARNING AT MANASSAS PRESBYTERIAN

By Angela Trbovich with Sandra McGlothlin and Caitlin Moore 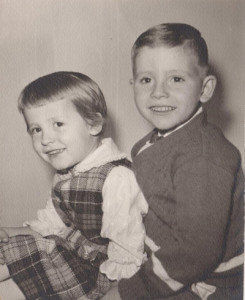 In 1963, in a small southern town called Manassas, there was no public kindergarten. This was an unhappy situation for a certain red-haired little boy. Timmy was full of the love of learning. His mother read every book in the house to him, and he could sound out many words…but he wanted to go to school and he did not want to wait another year!

Luckily for him, Manassas Presbyterian Church decided to begin a new kindergarten program. Timmy was enrolled in the very first class.

He loved his school and he loved his teacher, Mrs. Jeanie Rice. Mrs. Rice taught him many things, including some words in Spanish, her native tongue.

Timmy also loved his little sister, Angela, who was jealous that she was too young to go to “the big school” too. She waited eagerly every day for her big brother to come home and play school with her. Timmy always had some new discovery to share with is sister.

Angela could hardly wait for 3 years to pass so that she, too, could go to school! When the time came, her teacher, Mrs. Francis, gave her lots of opportunities to create. Angela loved to draw and paint and craft.

For Timmy and Angela, the start they got at Manassas Presbyterian would encourage a lifetime of the love of reading, writing, and art.

Their mom, Sandra, said about the experience, “Every time I think of that school, I think of the word ‘Godsend’. It came at exactly the right time and in the right manner for us. As it turned out, I took care of Amory, Mrs. Rice’s little girl, who was just the same age as Angela. So we had our own little version of ‘school’ at our house, where Angela and Amory learned how to write their full names. Amory surprised her mother with that! Mrs. Rice encouraged me to help sometimes in the classroom, and since I was familiar with the routine I substituted a few times. When it came time for Angela to go to kindergarten, Mrs. Francis gave my daughter such a freedom to express herself with her artistic crafts and projects. Mrs. Francis thought it was okay to ‘color outside of the lines’, an attitude which encouraged creativity in children.” 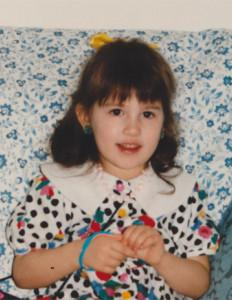 Time passed. Manassas changed and became a city. Kindergarten was added to the public school schedule. Manassas Presbyterian continued to prepare children by adding a multi-age preschool program. Tim and Angela grew to adulthood. Angela married, and had her own family.

In 1990, when her daughter, Caitlin, was 4 years old, she too wanted to go to “the big school”…so Angela enrolled her in Manassas Presbyterian Preschool.

Every morning and afternoon, the principal of the school, Mrs. Palmatier would meet the parents at their cars, bringing the children to and from their classes. Caitlin would come skipping from Mrs. Pyrie’s Bluebird class with many stories of her day. She loved Mrs. Pyrie!

Caitlin was a little shy at first, but soon she was running and playing and learning with all the other kids. Learning was fun! It was great to sound out words and learn about numbers and take part in the Christmas Play. It was special to pledge allegiance to the flag, to talk about Jesus and to say grace with her classmates. Most of all, it was fun to cut and glue and paint and draw. Caitlin discovered that she was an artist! 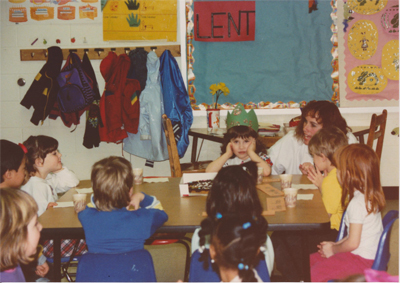 Her mom saved almost all of her projects and they decorated the refrigerator and walls for a long time. Her mom also discovered that Caitlin now had a life apart from home. It made her a little bit sad, because her girl was growing up, but it made her very happy to see her independence.

As the year came to a close, Caitlin graduated and said good-bye to her beloved teacher. She would get to visit again when her little brother and sister, Nick and Carly, attended Manassas Presbyterian Preschool.

2013 and Caitlin was now a mom with two boys of her own. Her sons, Isaac and Danny, were quite clever. Isaac learned his letters and numbers very early. He couldn’t wait to hop out of bed every morning and log onto ABC Mouse. com. Just like his great-grandmother had done for her children, his mommy read to him all the time. Isaac was curious to learn about everything, so Caitlin decided it was time for school. Where else would she enroll him but in the family’s alma-mater?

Now Manassas Presbyterian Church had given the school a new name…the Early Learning Center. Just as her mom had done for her, Caitlin dropped Isaac every day at the door where he was met by a staff member and directed to his room. His little brother, Danny, waved goodbye while Isaac proudly carried his Curious George back pack to Mrs. Cecil’s Yellow Bears classroom and placed it in his cubby.

Every day he would learn something new. Perhaps hardest of all was learning to sit still and be patient…but soon Isaac learned all about teamwork and helping out in class. His favorite days were when he got to be a helper.

As her mother had discovered about her, Caitlin found that Isaac now had a life apart from home …but her little boy was full of stories of his day…some real and some imaginary! He really caught onto reading and began sounding out every word he saw. He asked his parents and grandparents how to spell just about anything, and he made up a few words of his own. 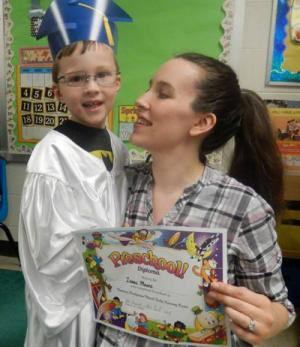 When I asked about his experiences at ELC, his mother wrote, “It was very exciting for me when my eldest son Isaac was accepted into his first year of preschool, ‘the Yellow Bears’. ELC was where I went to preschool, as a ‘Blue Bird’, and so I felt like I was passing the torch to him. My husband and I have seen Isaac grow up a lot this first year of preschool. This is the first time a child of mine has his ‘own little life’ for 3 mornings a week, so this has caused me to grow as a parent too. It wasn’t a difficult transition for us though, because we trust that the teachers and staff care very much for the children at ELC, and have seen it firsthand. Every day Isaac has a little story to tell me about his classmates or something they learned to sing, or the letter they focused on…sometimes he even gets a “kiss” (a Hershey Kiss) and eats it before he’s even settled in his seat! I’m so glad that Isaac is going to  be  coming again in the  Fall as a 5 year  old going into pre-k, and this time  his little brother Danny will also be joining preschool in the 3 year old class. There’s no other preschool I would want my children in, and I want all the teachers and staff to know how much we appreciate their hard work. Congratulations ELC, on 50 years!”

Today Isaac graduated from the ELC 4 year old class. As I reflect on the 3 generations of our family which have benefitted from the school programs at Manassas Presbyterian Church, I am truly thankful. I look forward to more years of learning for my other grandchildren, (and possibly great-grandchildren?), at this wonderful school…and though it is a little bittersweet, I am grateful for that “life apart” that each of us began at Manassas Presbyterian, and the seeds of learning that were planted in our hearts.